If 2010 was the year of the iPad, which shone in the market thanks to their exclusivity, we now many competitors and the Apple tablet will face some devices way more powerful. The Motorola Xoom is one of them with Android 3.0.

The Motorola Xoom perhaps is Android 3.0 main bet, while the Galaxy Tab Samsung has emerged as the most representative device for Android 2.3.

So far the iPad 2 has no release date in the market, although some rumors pointed to a launch in February … so in theory Apple would only have to compete with Motorola Xoom. If we compare the hardware for both tablets, there is a clear winner.

The new tablet has a dual camera – which the iPad 2 will also have, it has a microSD card slot, HDMI and USB 2.0 ports. Plus the possibility of using Flash applications. 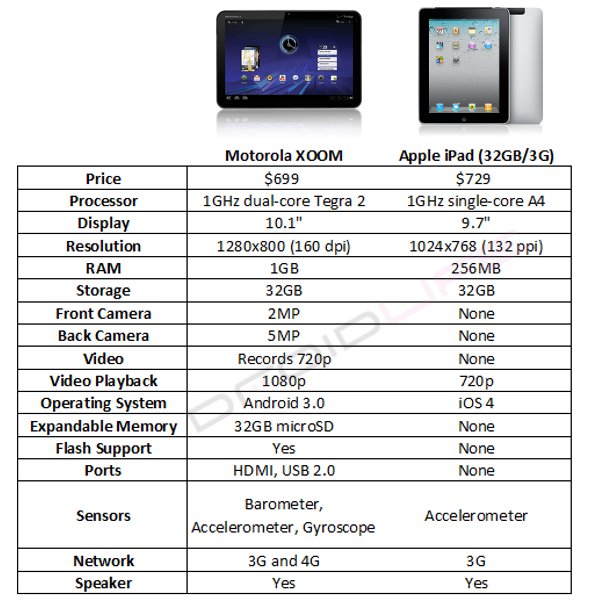