Facebook’s New App is a Serious Competitor for LinkedIn 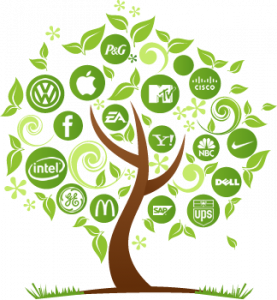 LinkedIn could find themselves in some serious trouble thanks to those dastardly genius’s at Facebook. Facebook released a new application around 6 months ago named “Branch Out”, which is effectively the Facebook version of LinkedIn.

BranchOut are going straight for the kill against their main rival LinkedIn, by having a button that exports your whole LinkedIn profile at the ultimate convenience of just 1 click! So this will inevitably be a massive time saver and also a big factor in making people’s decision to convert from LinkedIn to BranchOut a lot easier.

Although this new Application is still in it’s early stages, it is gaining a lot of positive momentum and I am predicting it won’t be long until LinkedIn will be surpassed and dare I say it… made extinct! The only thing that could possibly halt this from happening is the 1 click button that takes all the data from LinkedIn and imports it to BranchOut. If I were LinkedIn, I would be seriously contemplating taking away this function before it’s too late!