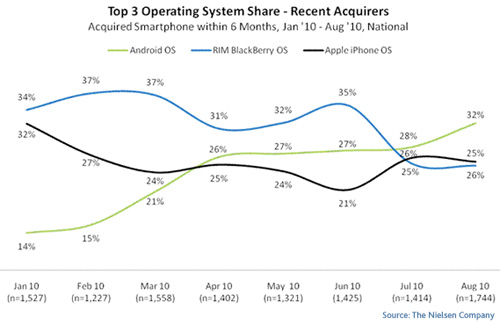 According to new data released by Nielsen, 32% of new smartphone buyers are now choosing Android over iOS (25%) and Blackberry (26%) This is data for August 2010 which includes a full month with the new iPhone4 on the market. With this Android is now the number one smartphone operating system for newly purchased smartphones. Android also surpassed both iOS and Blackberry in July with 28% marketshare. See the graph above for more details.