When a website shows very relevant content for a search query and Google deemed it appropriate for the user, it usually shows what is known as “site links”, allowing users to quickly find the information they seek within the same web site as shown in the image:

Now this might change or be extended because Google has announced a new change in the ranking algorithm, by which a domain can dominate several positions for a single search result. In the following example, we searched for ‘Apple’ and 7 out of the 10 results offered by Google came from apple.com, plus site links: 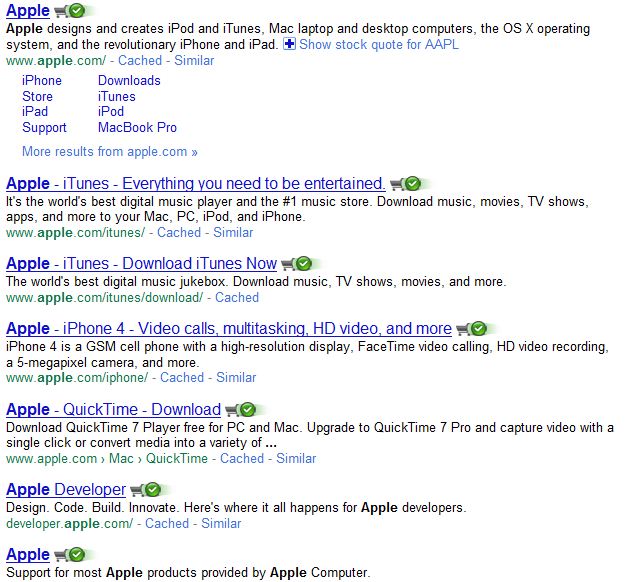 Personally I believe that site links are more than enough. There is no need to give so much power to a single domain. Funny enough Google’s Peter Norvig once said that “for the second search result, you don’t want something that’s almost the same as the first. You prefer some diversity, so there’s where minority views start coming in.” I guess Google no longer feel that way…..

It seems that Google wants to kill the little guy and the new motto is … One domain to rule them all!

The good thing is that businesses and online brands with reputation problems may catch a break, this could help them a lot!