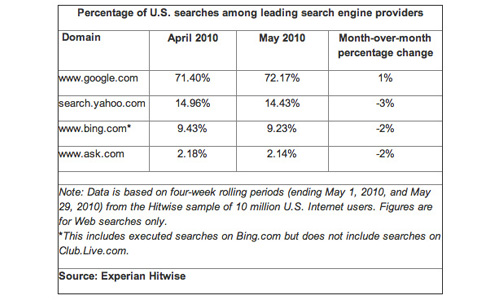 Hitwise have released their montly search share statistics for May 2010. Google have risen back to 72% after losing search share to Yahoo and Bing, Yahoo accounted for 14.43% and Bing trailed in last place with 9.23%. Both Yahoo and Bing dropped very slightly from last month which attributed to Googles increase. See below for a quote from Hitwise: