The end of Bebo?

We heard today that AOL plans to either sell or shut down the social networking site Bebo.  You may remember that AOL reportedly bought the site 2 years ago for £417m, but analysts predict a selling price, if that’s what AOL do, of significantly lower than this.

Despite having a decent user base in the UK, Bebo hasn’t managed to accumulate the desired number of users in the US.  According to figures from ComScore, Bebo has 5.1 million users in the US, which has dropped from 5.8 million this time last year.  Bebo has been massively overshadowed by Facebook with its 210 million US users.

Figures from Hitwise show the pretty clear cut story of growth (for Facebook) and decline (for Bebo and MySpace) in the UK.   A sad loss I’m sure, for those who use it. 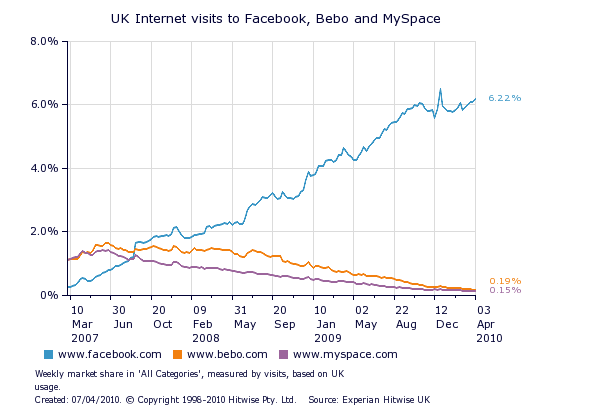