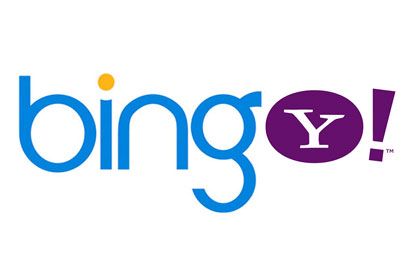 NMA Had this to say:

“The deal was struck by the two companies last July to allow Microsoft and Yahoo to compete more effectively against Google, which has almost 90% market share in the UK alone.

The deal was announced a month after Microsoft lauched Bing, its lastest attempt at breaking the search market. In the six months since rollout Bing has gained traction, being the fastest growing search engine in the US in December.

Yahoo CEO Carol Bartz said, “This breakthrough search alliance means Yahoo can focus even more on our own innovative search experience. Yahoo gets to do what we do best: combine our science and technology with compelling content to build personally relevant online experiences for our users and customers.”

Microsoft CEO Steve Ballmer said, “Although we’re just at the beginning of this process, we’ve reached an exciting milestone. I believe that together, Microsoft and Yahoo will promote more choice, better value and greater innovation to our customers, as well as to advertisers and publishers....”

Matt Cutts on the lookout for Yahoo Search Engineers