Last week’s big announcement from Facebook was the announcement of it’s third pillar: Graph Search. The possibilities this new social search technology sits alongside the other two pillars Facebook have created over the last nine years including “the news feed” and “timeline”. On the surface, many commentators are claiming that Graph Search seems obvious and broadly provides “nothing new”. ReadWriteWeb said that the product was “boring”, Forbes claimed that the company had developed “a minefield of unintended consequences” and TechCrunch was particularly unkind, writing that Facebook’s Graph Search is “humourless, creepy and doomed to disappoint”.

At first glance, Graph Search doesn’t seem to be offering anything new and certainly isn’t “Google’s nightmare” as Peter Scheer claimed in the Huffington Post. However, nor should it be dismissed. Facebook is definitely reacting to a lot of search data that has been generated internally and they have begun to understood how and why people want to search their friends information and what would be relevant in generating decisions along the lines of “who should I invite on my dinner/ party/ holiday/ wedding”?

This is important as it is often the first consideration in the purchase cycle (for many) but it presents a key opportunity for advertisers to be a part of that initial process either through direct or indirect messaging.

The second point is that many of the critics haven’t actually tried out the product and therefore cannot determine how functional, creepy, humourless or specific the search terms can be. For example, a detailed search for “people who live in my hometown and are visiting Glastonbury Festival” might be a more influential search than a generic search in google for Glastonbury tickets. Until this has been established it seems that the potential of the 1 trillion connections that Facebook are bragging exists within Graph Search remains somewhat unknown for the time being.

The potential is definitely clear and Graph Search could prove be a fantastic product with far reaching implications for both Facebook users and advertisers, but whether this is actually the case remains to be seen by the handful of beta testers who will be allowed access in the coming weeks. 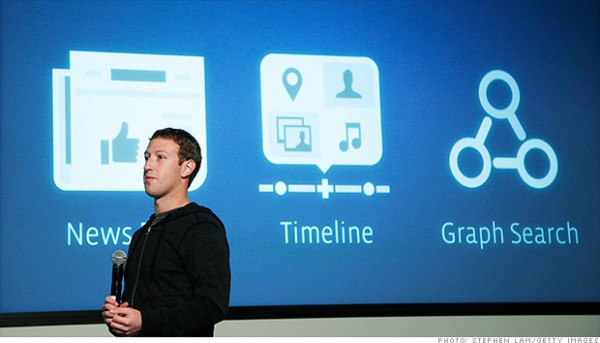